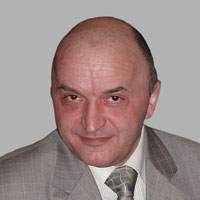 Business consultant
Sum of the Technologies

Sergey graduated from the Nikolaev Shipbuilding Institute with a degree in electrical equipment of ships in 1981.

His professional career began at the nickel electrolysis workshop of the Nickel Plant.

Awarded with Honorary Diplomas of the Komsomol Central Committee and the Ministry of Industry of the Russian Federation.

Creation of a Single Dispatch Centre Based on AVEVA Technologies. Russian and International Practice

Overview of solutions for creating a single dispatch center based on AVEVA technologies. Russian and international practice.