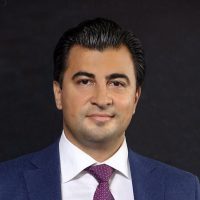 Fuad Asadov is the CEO at Hammer Rus, which is part of a large Russian trading and manufacturing group of companies «Tradicia». In 2004 he completed his Master’s Degree in Robots and Robotic Systems at Moscow State University of Railway Engineering. He started his mining career in 2005 as a Lead Engineer designing powered roof supports for longwall coal mining at a Russian private company. He has worked for leading international companies, such as General Electric, Sandvik, SSAB and ThoroughTec Simulation. From March 2014 he is in charge of marketing strategy, sales and business development at Hammer Rus in Russia and CIS.

Modern high-tech technologies for the extraction, crushing and sorting of ore and non-metallic minerals.