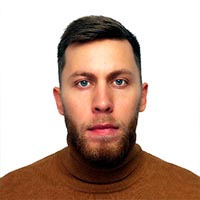 Dmitry Ivanov, born in 1991 in Izhevsk, Russia. Began career in the field of unmanned technologies at the "Unmanned Systems" Group of Companies (Izhevsk, Russia) as a Development Manager and then became Deputy Commercial Director. Dmitry was engaged in sales of products and services, the development of new markets, including foreign countries. Then he became CIS Director at the Terra Drone Corporation (Tokyo, Japan) which incorporates more than 25 of the largest unmanned unmanned aerial vehicle tech companies in the world. After the merger of KazUAV LLP (Nur-Sultan, Kazakhstan) with Terra Drone Corporation, Dmitry also holds the position of Development Director at KazUAV LLP.

The use of unmanned technology in the mining industry

Overview of the possibilities of using unmanned aerial vehicles in the mining industry:

- existing technologies and methods
- aerial mapping
- underground mine lidar scanning and inspection of confined spaces
- experience in the application of technologies, including Kazakhstan experience
- legalization of UAV use in Kazakhstan
- prospects