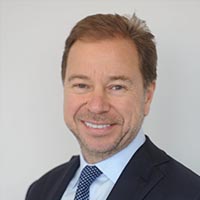 Artem Volynets is the CEO of Chaarat Gold, the fast growing gold company with assets in the Kyrgyz Republic and Armenia and a strategy to build a leading producer in Central Asia and the FSU region via organic growth and M&A. He is also an independent director of Norilsk Nickel, the world's largest producer of palladium and one of the largest producers of nickel, platinum and copper.

Mr Volynets has more than 20 years' experience in mergers and acquisitions, capital markets, and senior corporate management roles. He led private and public transactions worth more than US$30bn and managed leading businesses in the metals and mining industry.

From 2003 to 2013 Artem was a key executive in the Russian aluminium and energy sectors, including CEO of En+ Group, Deputy CEO and Director for Corporate Strategy at UC RUSAL, and SVP Strategy at SUAL International. In 2009 and 2010 he also served as Chairman of the International Aluminium Institute. From 1997 to 2003, Artem was a management consultant and corporate finance advisor with Monitor Group in London. Mr Volynets founded ACG Amur Capital Group Ltd which is an advisory and investment management firm for CIS countries in 2014.